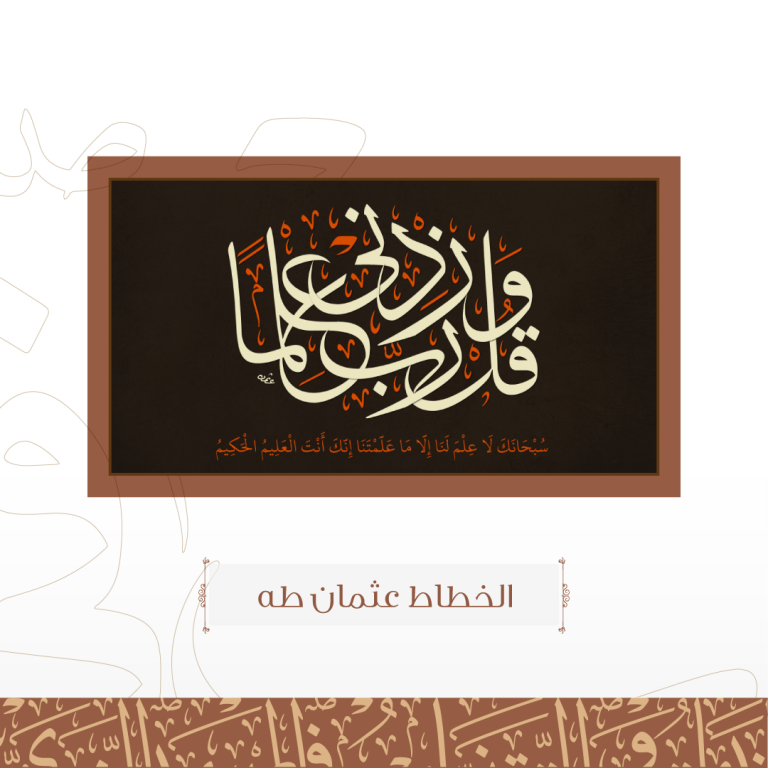 
He had born in Countryside of Aleppo in 1352 AH/ 1934 AB. He learned the rules of Arabic calligraphy from his father who mastered Ruq‘ah script.

In Damascus, he knew Mr. Mohamed Badawi El Deirani (Calligrapher of the Levant) and learned from him Persian and Thuluth scripts.

He was meeting Iraqi calligrapher Mr. Hashem Mohamed Baghdadi during his visits to Damascus. He took from him comments and exercises about Thuluth and Naskh script. He studied painting and decorations through Mr. Sami Burhan, then Mr. Naium Esmial.

He gained a license in calligraphy proficiency from senior calligraphers in the Islamic world, Mr. Hamed El Amadi.

He was assigned as a member of the International Arbitration Body for Arabic Calligraphy Competition to be held every three years in Istanbul.

– He academically studied Naskh script and mastered the classic style. Then, he left it and used a special style in handwriting the Holy Quran.