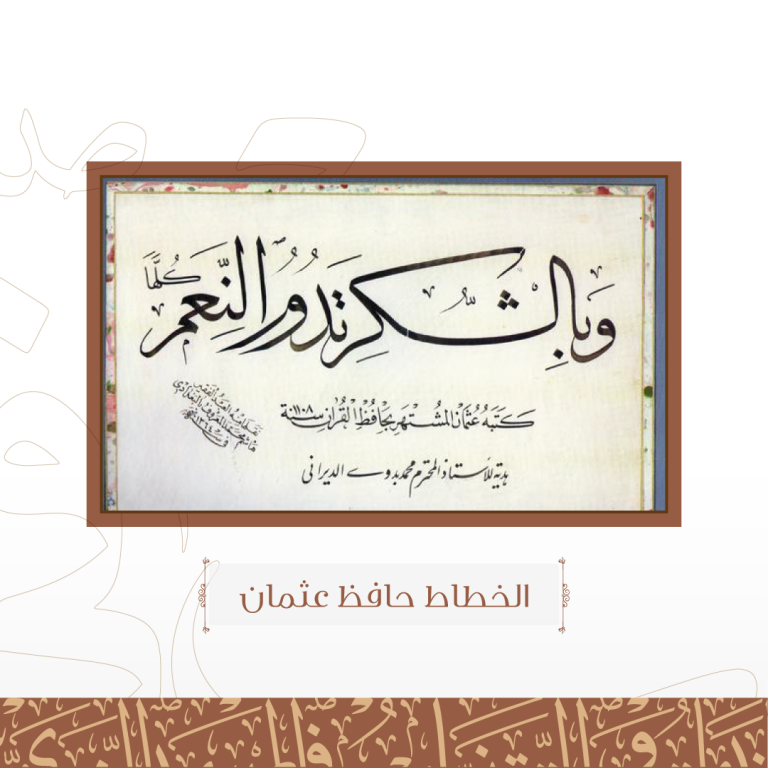 He could be considered as an independent calligraphy school with distinguished rules in terms of Naskh script. He is the first calligrapher to write “prophet Mohamed Hilya” in Tableau form to be fixed on the walls.

Hâfiz has been assigned as a teacher for Othman Mustafa Khan who learned from him the arts of Arabic calligraphy and liked it so much.